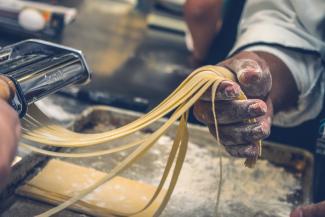 Are Early Withdrawals from an IRA a Good Idea or a Bad Idea? But things could get sticky fast!

Oct 14, 2021
Don't casually mess around with IRAs. There are obscure laws that might help if you absolutely have to get money out.
Premium
Retirement
Read More

Are Early Withdrawals from an IRA a Good Idea or a Bad Idea? But things could get sticky fast!

Filed in the “it seemed like a good idea at the time” category is a case in which one of our clients used a relatively obscure and somewhat complex provision in the tax code pertaining to IRAs to take early withdrawals while avoiding the 10 percent penalty tax. For our client who wanted to retire early, at age 54 to be exact, that did sound like a good idea.  All that was required was a form and some calculations, and he could begin withdrawing his lifetime of savings.  Easy enough, except what seemed like a good idea at the time has recently turned into an IRS nightmare that will haunt him for a long while.

We all know that the funds in IRAs must be held until at least age 59 ½ to avoid penalties upon withdrawal. But did you know that you could also begin withdrawals early and avoid penalties as long as the withdrawals were “substantially equal periodic payments”?  That’s the key language in Section 72t of the Internal Revenue Code which refers to early IRA withdrawals. It’s fairly obscure, and, from our standpoint, it’s not a planning method we advocate, because it comes with a number of complex restrictions attached that, if violated, leads to costly penalties.

What exactly is 72t?

Section 72t provides a way for people who want to retire early to access their IRA funds.  In order to do so without incurring the early withdrawal penalties, 72t requires that you take your withdrawals as “substantially equal periodic payments” which are calculated using one of three methods allowed by the IRS. Then, once you begin taking the payments, they must continue for either five years or until age 59 ½, whichever comes later. So, for example, if you begin withdrawals at age 51, they must continue for 9 years; and, if you start at age 58, you need to continue them until age 63. That’s the overly simplistic explanation that does little justice to the pages of caveats and restrictions that our unfortunate client failed to read.

He entered into a 72t agreement in July of 2009 at the age of 54. Per his agreement, he would have to take equal monthly distributions of $2,250 until he attained age 59 ½. In March of 2011, he withdrew an additional $5,600 to cover some unforeseen expenses, which, essentially, blew up the agreement.  At that point, he became liable for a 10 percent penalty on every distribution of $2,250, or a total of $47,250. To add injury to insult, the IRS will also apply an additional penalty on the penalty taxes that weren’t paid going back to 2009.

The drawbacks to using the Section 72t method of withdrawals are many and the whole process leaves little room for error.  We have neither the space here nor the inclination to go into detail on the calculation methods, but, needless to say, unless you have a background as a CPA, any one of the three computations are fraught with the possibility of error.

But, where most people, including my client get into trouble is in the modification of the 72t agreement which is strictly prohibited. Any change in the withdrawal amount, the time of withdrawal, the number of withdrawals per period, or it any funds are added to or rolled into the IRA – is a violation which subjects all of your withdrawals to the 10 percent penalty.

For someone who has no choice, 72t can be a helpful device. But if early retirement is truly your goal, you should be able to obtain without resorting to the 72t withdrawal method.  At the very least, you should have other assets that can provide income and liquidity in the event of unexpected expenses.

If you are considering the 72t withdrawal method, it is highly advisable to do so with the guidance of a tax professional and your financial advisor. If you have any questions regarding Section 72t for your particular situation, we encourage you to contact us.

IRA law seems pretty simple, like making Pasta, but it is so easy to make a mess!